Development of Doctrines and Maritime Regimes

Development of Doctrines and Maritime Regimes 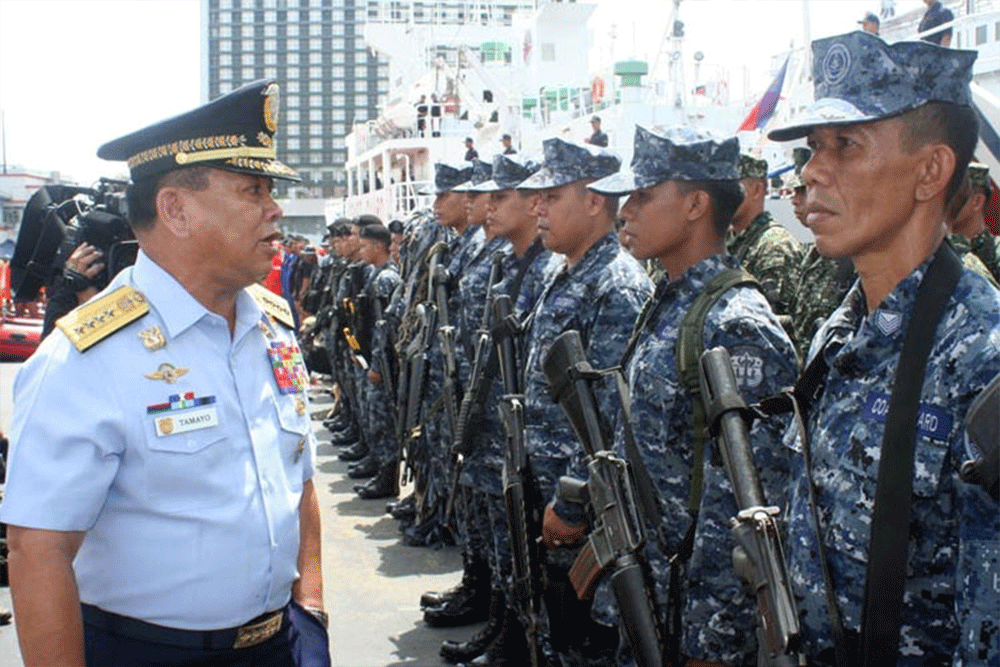 As a uniformed and disciplined organization, there are inevitable similarities in strategies and approaches between the PCG and the Armed Forces. So as not to re-invent the wheel, best practices and doctrines from the Navy in particular and the AFP, in general, are constantly reviewed and analyzed to determine its applicability to the distinct role the Coast Guard is performing.

With the enactment of the PCG Law, there is a need to fully adopt the Implementing Rules and Regulations (IRR) that clearly defines how the new law is applied and to elaborate on the general provisions of the law. Different committees have been duly established to dissect the new PCG law and ensure that all gray areas will be resolved through the said IRR.
In coordination with concerned government agencies, port authorities and shipping organizations, the PCG will continue to identify areas where procedures for the enforcement of security regulations can be adopted. The Command will also assess the current enforcement regime for marine environmental regulations. In search and rescue, the PCG likewise envisions to re-define the PCG's role in relation to the national, regional and local frameworks.

Concomitant with the above, there is also a need to pursue the enactment of more national regulations to implement the requirements of international conventions which the country is bound to enforce. It is also necessary to comprehensively assess the efficiency in their application including the gravity of penalties to determine whether they serve as effective deterrence. There is also the essential task of drafting more applicable and supporting laws for submission to Congress. Such laws are needed to solidify the PCG's performance of its peculiar functions. Furthermore, the PCG must be able to provide the impetus and basis for the legislature to pursue the adoption by the country of the various international maritime conventions and instruments.

On the other hand, the creation of a maritime regime involves the continuing development of mutually acceptable norms principles, policies and decision-making processes dealing with the various facets of ocean management of the country's numerous waterways to include the ocean. The process normally proceeds from a clear-cut identification of individual responsibilities and corresponding accountabilities of all of the major players in the maritime industry. Thereafter, a framework for the seamless c cooperation in the areas of safety, security and environmental protection must be clearly established. Possible areas for developing more maritime regimes are the following:

The task of maritime regime building will necessarily involve closer coordination and cooperation with the other government agencies which exercise similar jurisdiction or oversight functions. The theory or approach to accomplish this undertaking is to create a confusion-avoidance scheme where participating agencies are knowledgeable about their respective spheres of responsibilities. The objective is to remove "gray areas in the agencies discharge of their respective functions in relation to other entities. The current situation therefore presents a big challenge not only for the PCG but for the entire government bureaucracy which is characterized by overlapping functions and duplication of efforts.

The continuing development of an effective maritime regime must evolve from a re-evaluation of the present structure and organization of the various agencies of government with a particular interest in the maritime industry to determine their efficacy, usefulness and logical existence. As a member of the maritime cluster, it is imperative for the PCG to have its lawfully- supported by a comprehensive IRR so that it can contribute to the regime creation with a sense of credibility, authority, responsibility, accountability and permanence.

In the process of active anticipation, the PCG continues to harness its capacity and confidence to assure not only the legislators but more so the general public that it deserves greater recognition for its role as the country's premier maritime guardian.